It is indeed a fact that different tribes have different cultures, characteristics, traditions and of course the styles of their Choctaw Clothing. The Choctaw tribe, for instance, has very colorful dresses. What makes it even more amazing is that all dresses were made by their own hands. The design of the dresses originated from their ancestors who became accustomed to the style of European-American in the 19th century. Nowadays, these special dresses will be only worn during special occasions. 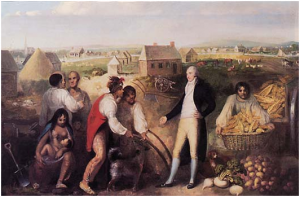 The chief captain of the tribe wore the same thing with the southeastern tribes and that was a European-style clothing. The only thing that made the distinction was the stylish sash that was wrapped around his waist. Mushulatubbee once became the chief of the tribe. In his time a war in their land happened. This war was determined to be the Creek War. During the Creek War or also known as the Red Stick War in the years 1813 to 1814, the said chief had commanded and headed his warriors to give full support and assistance to General Andrew Jackson against his enemies.

The Choctaw people were successors or offspring of the people of the Mississippian culture. These group of people was the ones who built and created the earthwork mounds that can be found in the valley of the Mississippi River. More details about the mounds and Mississippi River can be referred to the Natchez Tribe. These mounds were made artistically and they considered it as a sacred place.

The Choctaw tribe have settled and made homes across the Deep South. Whenever they travel or trade their things to other tribes, they used dugout canoes. But as the years passed by, the population of their tribe became lesser and lesser. This was because many of them had been affected by the diseases and illnesses that came from the European people such as the Spanish, French and British. In the war between the French and American against the British, the Choctaw tribe had helped and given their full support on the American and French societies. Just after the War of Independence finished, the civilization programs were granted to the tribe.

As mentioned above, they had aided Andrew Jackson in the Creek War (1813-1814). The European practices that included the European clothing style, the housing designs, the farming techniques and the strategies were adopted by most people of Creeks. But regardless of their loyalty and devotion to American people, they were still sent to reservations.

Throughout the whole civilization programs, there were five that were considered to be known as civilized tribes. The five tribes that were included are the Choctaw tribe, the Cherokees, the Creeks, the Chickasaw and Seminoles tribes.