The Cheyenne tribe has a lot of Cheyenne Rituals and Ceremonies that their fellow Native American Indians were also practicing. These were the Sweat Lodge ceremony, the Vision Quest, and the daunting Sun Dance Ceremony.

The Sweat Lodge is also called as the purification ceremony because of the purifying symbolism that it has with regards to the sweat that comes out of the human body during various activities and tasks. This is also referred to by some elders as “Sweat”. The Sweat Lodge is commonly a dome-shaped hut. This is made out of natural materials. This is used by a lot of Native American tribes including the Cheyennes for steam baths and for places of worship. 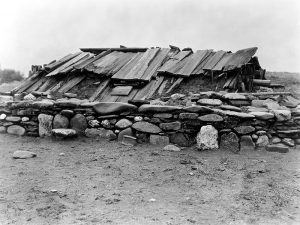 The Vision Quest is the coming of puberty ceremony. This is a rite of passage that the Cheyenne Indian tribe celebrate.

This is undertaken by young males that will be entering the realms of adulthood. The young men symbolize the strength and fortitude of the tribe, which is why they needed to be inducted into the group of adults for them to be prepared with whatever challenges and problems that they will encounter. In the Cheyenne society, males are regarded as the forebearers of peace, safety, and livelihood. They are responsible for almost all aspects of life, wherein the females support them. For them, this transition is vital for them to expect the unexpected.

This is also practiced by other Indian tribes, having a name of their own.

The Sun Dance is also practiced by the Cheyenne Indian people together with other Indian tribes. This is a ceremonial ritual where they come together to a community meeting place to pray for healing. This is thought to be very effective to heal various kinds of diseases. In exchange for the healing properties of this ritual, the tribesmen will also offer sacrifices. Sacrifices were not different from that of the other Native Americans, just like the Apache, and even the Aztecs and Incas in the southern part of the Americas. This may have been passed from one tribe to another.

They also use a Calumet. This is a ceremonial pipe that is filled with tobacco and is passed to all participants in various Cheyenne ceremonies.

This is also referred to as a Peace Pipe because this serves as a peace treaty to other tribes that wanted to create an alliance with the Cheyenne Indian tribe. These are also used by the elders and other high ranking superiors in the tribes to offer prayers. The smoke symbolizes the bond that man has with nature and with the other spiritual entities that are surrounding them. They believe that this creates an environment which affects the ideals and thoughts of both parties, thus creating an environment of peace and understanding. 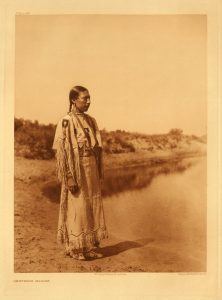