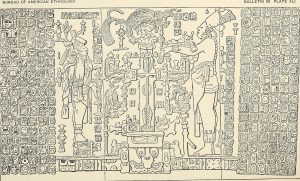 Nat Turner’s Rebellion Claiming he is called upon to deliver his people, Nat Turner leads 60 men in a two-day rebellion in Southampton County, Virginia. Turner claims the spirit of the Old Testament called on him to deliver his people. Joined by over 60 men, Turner kills around 60 whites and destroys 15 homesteads. Over 3000 armed whites set out to end the rebellion, killing many innocent blacks along the way.

Martin Luther King is arrested and jailed during anti-segregation protests in Birmingham, Ala. He writes “Letter from Birmingham Jail,” which advocated nonviolent civil disobedience.

The March on Washington for Jobs and Freedom is attended by about 250,000 people, the largest demonstration ever seen in the nation’s capital. Martin Luther King delivers his famous “I Have a Dream” speech. The march builds momentum for civil rights legislation (Aug. 28).

The infamous Tuskegee Syphilis experiment ends. Begun in 1932, the U.S. Public Health Service’s 40-year experiment on 399 black men in the late stages of syphilis has been described as an experiment that “used human beings as laboratory animals in a long and inefficient study of how long it takes syphilis to kill someone.”

In Grutter v. Bollinger, the most important affirmative action decision since the 1978 Bakke case, the Supreme Court (5-4) upholds the University of Michigan Law School’s policy, ruling that race can be one of many factors considered by colleges when selecting their students because it furthers “a compelling interest in obtaining the educational benefits that flow from a diverse student body.” (2003)

In 2009 Barack Obama Democrat from Chicago becomes the first African-American president and the country’s 44th president.