The Native American Indians were very intelligent and skillful people. They made their tools with their bare hands using bones, rocks, etc. Most of the Native American tools were made for daily use such as the arrowheads and knives made of bones which were used for hunting. They have created different tools using the materials found within and near their locations. 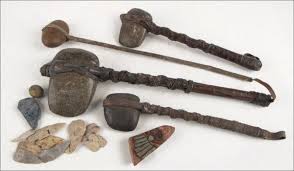 Native American tribes lived in different locations in North America and thus, their environment and raw materials also varied. Different types of Native American tools and weapons were created as imposed by the varied raw materials available to each tribe. The Native Indians made tools that they needed to survive particularly in the changing climate and way of life. Native tribes who lived near the sea had ribs of whales as raw materials which were used in making excellent bows. They also had ivory harpoons as materials. Tribes from the plains, however, made use of buffalo parts and woods for their tools and weapons. Several Native American tools were made using a combination of items available to them. Native Indians were so attached to the nature that is why they had to make proper use of all the things that nature gave them.

The Many Uses of Native American Tools

Native American tools were usually made of Flint or stone and the process of making tools was known as Flint Knapping. The tool and weapon makers were called as Flint Knappers. Most of the tools were for hunting and fighting like the tomahawks, knives, spears, arrows, and axes. Others were made for cleaning animal hides, scraping, drilling holes, wood, and leather, engraving stones, and bone, and carving wood. Native American tools can also be used in making weapons for hunting and fighting, clothing, fishing, transporting travois and canoes, decorating houses and creating arts like rock pictures. Stone containers were also used for holding household items and warpaints. 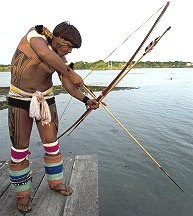 Other types of Native American tools used by the Native Indians were for cooking such as the mortar and pestle, used for grinding ingredients as well as herbs and spices for food and medicine. Another tool, the needles, was made from fish bones and was used primarily for sewing clothes and quilts. Special tools were also created for bead making and weaving which are still popular among Native Indians today.