The Great Spirit is the main belief of the Chinook people. The Great Spirit is a mythology that is based on the powers of nature which consist the spirits and animal deities that protected the humans from danger. Protection is their main power, and with this protection, the people are able to do the various activities that enable human survival allows humanity to thrive. This is their belief which is why they give high importance to the animals that surround them, as they treat them as equals and even as superiors. They also believe that they are summoned by the Great Spirit to sustain man the food, shelter, and clothing they need. This is also one of the reasons why no part of an animal goes to waste when they are hunted down.

The First Salmon feast is one of the most popular rituals that the Chinook tribe celebrates. It is very important for them because the salmon is considered to be holy and sacred as this sustains them the life in the form of the food that they eat. Even though they consume the salmon, they still treat it with respect because for them, this is coming from the Great Spirit itself. 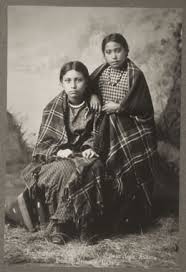 The Chinook Native Americans believed that the salmons are martyrs, for they sacrifice their lives to give nutrition to the humans and to sustain a human living. It is also believed that these salmons would incarnate as humans once they are eaten and that they would live in houses that are under the ocean.

The potlatch is also one of the most common traditions that the Chinook people have. For generations, families have celebrated this as this shows the passing of tradition from one generation to the other.

This ceremony involves various kinds of dancing and also gift giving. The dancing symbolizes the joy that they experience as a result of the many blessings that they receive from the Great Spirit. For them, it was one way of repaying the kindness that the Great Spirit, together with the animal deities and spirits have bestowed upon the Chinooks. They showed generosity in the form of gift giving, as the Chinooks foster brotherhood within the Chinook society. They gave importance to the very essence of lending each other a hand, which is why the Chinook Native Americans are also known to be one of the most generous people.

Animal masks are worn by the dancers, together with the pain and feathers that they have in their body. For them, it is one way of showing that the animal deities that they worship live with them. Rejoicing this reality was for them one way of celebrating the life that they owe the Great Spirit.

The Shaman and the practice of Shamanism is also a vital part of the Chinook religion and traditions. The Shaman is regarded to be a powerful personality in the Chinook society as he or she has supernatural powers that are thought to heal the sick and to give people the energy that they need to continue their everyday living.