In Native American History,  does not lay down the facts of any particular period. History is vast and it can have a great range. Americans to have a wide range of history as different important things happened at different points in time. 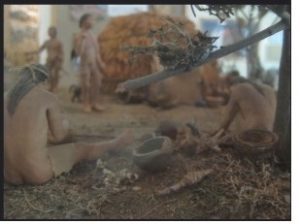 This community comprises of various tribes, ethnic groups, and states. There is a special term which is used to refer to this community. This term was controversial but still, it has been used in many places.

These people were known as the American Indians. The Native American history is quite interesting. They were actually the first people who started settling on the continent of North America.

There were famous people from this community who left a mark in the history of the United States. Almost everybody knows that the history of America is not very neat. When the white people started coming to America and thought of settling there they found that the natives were already present.

The native’s American history can help you understand the kind of torture the natives usually faced from the outside white settlers. But still from there emerged some of the great personalities who went forward to become famous.

The decline of the Native Americans started from the 16th century and went on until the 19th century. The decline was the result of epidemic diseases, warfare as well as genocide. The naïve American history even provides evidence of enslavement.