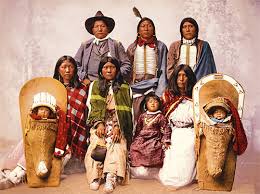 These people are sometimes referred to as American Indians or simply Indians. When Columbus first landed in the U.S., he thought that he had sailed to the land of India. Because of this, he then called the locals as Indians.

Well-Known Tribes of the Native Americans

The Native Americans settled all over North America and South America. There were Native Americans in Hawaii, Alaska, and the U.S. mainland. Different tribes with different cultures existed in different areas. The tribe of Plains Indians, as well as the Arapaho and Comanche, lived in the center of United States. The Seminole and the Cherokee tribes, however, settled in the Southeastern area of the U.S.

The Native Americans were classified into tribes or nations commonly based on the location they lived in as well as their culture religion such their language, customs, and religion. Often, smaller communities were part of a larger nation or tribe. These tribes were very peaceful before the Europeans and Columbus arrived. There were many Native American tribes in the U.S. when Columbus arrived. Most of the tribes were well-known such as the Navajo, Apache, and the Cherokees. 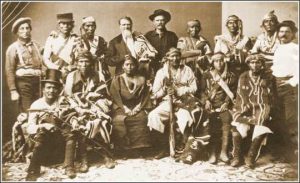 The Native Americans or Indigenous people dis not document or record their history. You can find information about them in other ways. Nowadays, archaeologists can learn about ancient cultures through artifacts like weapons and tools. Some recordings came from Europeans when they arrived in the U.S. Stories and traditions being passed on to generations can also provide learnings from the past.

The Native American population today across North and South America are on the rise once again. American Indian leaders are starting to achieve political success fighting for the rights and privileges of their people. Moreover, recent extensive concern over human rights prompted governments and other organizations to respect American Indian cultures and traditions while responding to their necessities.