The story of the Jewish American History begins with Christopher Columbus. On August 2, 1492, more than 300,000 Jews were expelled from Spain, with which event Spain’s prestige began its long decline, and on August 3, the next day, Columbus set sail for the West, taking a group of Jews with him. 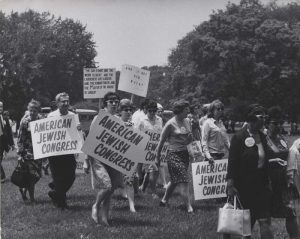 In Jewish American History, The astronomical instruments and maps which the navigators used were of Jewish origin. Luis de Torres was the first man ashore, the first to discover the use of tobacco; he settled in Cuba and may be said to be the father of Jewish control of the tobacco business as it exists today.

The first Jewish immigrants to settle in the United States were 23 Sephardic Jews who arrived in New Amsterdam (later known as New York) in 1654. Although this group of men, women, and children from Dutch Brazil initially faced resistance from Governor Peter Stuyvesant, they were allowed to settle after Jews in Amsterdam applied pressure on the Dutch West India Company, Stuyvesant’s employer. In addition to Spain, Sephardic Jews came from various Mediterranean countries as well as from England, Holland, and the Balkans.

Immigrant Jews passed on Jewish traditions in the home, but subsequent generations have relied on religious schools to teach the traditions. These schools have helped Jewish parents accommodate their goal of having their children become familiar with Jewish tradition without interfering with their children’s integration into American culture. Today, many Jewish children attend congregation school a few days a week for three to five years. During this time, they learn Hebrew and discover the essential traditions and customs of Jewish culture.

To make a list of the lines of business controlled by the Jews of the United States would be to touch most of the vital industries of the country those which are really vital, and those which cultivated habit has made to seem vital. The theatrical business, of course, as everyone knows, is exclusively Jewish. Play-producing, booking, theater operation are all in the hands of Jews.