The Native Americans, specifically the Chumash had their first interaction with Europeans in the autumn of the year 1542. In History of Chumash Indian Native Americans, there were two sailing vessels seen in the ocean of California making its way towards the land of the Chumash. These sailing vessels were some kind of transportation that was used for an expedition that was headed by Juan Rodríguez Cabrillo.

The association between the Chumash Indian and Cabrillo was somewhat friendly. Cabrillo even had the chance to write in his diary about the land of the Chumash. However, Juan Cabrillo died and was buried on San Miguel Island. When his men went back to their place, they brought over the things of Cabrillo and this includes his diary. Inside the diary were the names and the number of population living in the Chumash villages. One example was the village named Mikiw.

The country Spain claimed the land but they did not return to it until 1769. From that year, the Spanish soldiers and missionaries started arriving in the land. They wanted to hit two birds in one nest. Their double intentions were Christianizing the whole tribe and invading the whole land. At the end of the year 1770, there were Spanish missions and military presidios created at the San Diego that was directed south of the Chumash lands and in Monterey to their north.

According to History of Chumash Indian Native Americans during the time between 1772 and 1817, the tribe had been forced to move from their own houses to the Franciscan missions. The first mission that was established for the Chumash-speaking people was called the Mission San Luis Obispo. It was constructed in the northern part of the land. The next mission that was erected was the Mission San Buenaventura in the year 1782 on the Pacific Coast near the mouth of the Santa Clara River. The third mission building that was constructed also on the coast, facing out the Channel Islands in 1786 was the Mission Santa Barbara. In the year 1789, another mission was established. 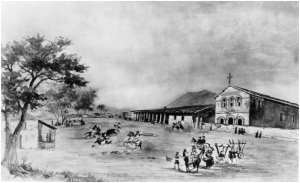 It was assembled along the inland of Mission Santa Barbara and north to San Luis Obispo. They had called it the Mission La Purisima Concepción. After the building of the four missions, another one has constructed again and was founded in the year 1804. That mission was the Santa Ynez. It was called Santa Ynez because the place where it was constructed was on the river of Santa Ynez. One of its first habitats were the people from the Missions La Purisima and Santa Barbara. The Mission San Fernando that was founded in 1798 in the southeast which was in the land of Takic Shoshonean speakers.

This mission also permitted and took care of a large number of people from the Chumash speakers in the middle of Santa Clara River valley. Even though most of the Chumash people went to join the missionaries in between the years of 1772 and 1806, there were still a noteworthy number of native settlers in the Channel Islands that remained in their homelands until the missionaries took a hold of them in the year 1816.