The Cheyenne tribe is an American Indian tribe that has originally lived inside earth lodges that were located in the Sheyenne River valley and adapt to the new Cheyenne Lifestyle and Culture. An earth lodge is a semi-subterranean building that is covered partially or fully with a layer of soil, mud, and various natural resources that are found in the specific location that they were in. Because they were farmers, they can easily use their farmed products and use it to further fortify their houses. 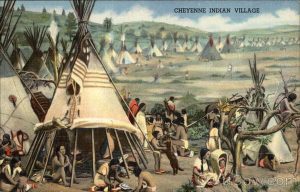 They were practicing this for hundreds of years until the French colonizers have arrived. This was during the Age of Discovery where the European powers which were spearheaded by Henry the Navigator, of Portugal. Because of this, the French have forced the Cheyenne Indians to go to the Great Plains, together with their Chippewa allies.

This had then caused the Cheyenne Indians to adapt to the new Cheyenne Lifestyle and Culture, thereby changing it to a nomadic lifestyle where they hunted buffalo. They relied heavily on buffalo hunting to support their survival needs, such as food, shelter, and clothing. Despite the odds, they still managed to adapt to the situation, survive, and thrive.

By the year 1832, the Cheyenne tribe had been divided into two groups. These were the Northern Cheyenne and the Southern Cheyenne. The northerners were living along the Platte River, while the southerners were thriving along the riverbanks of the Arkansas River that is between Colorado and Kansas. When they entered the Sioux lands, the people who were originally there could not understand them. Thus, they were called as the “Shai-Ena”, which means “Strange Speech People”.

Because of the level of pride and variations in ideals and beliefs, the Cheyenne Indians were further divided into warrior clans. These were the Fox Men, the Flint Men, Medicine Lance Men, the Buffalo Bull Men, the Bowstring Men and the Dog Men. The Cheyennes have changed and developed their lifestyles throughout their first 400 years of existence, adapting to the challenges and thriving of the experiences that they have undergone. 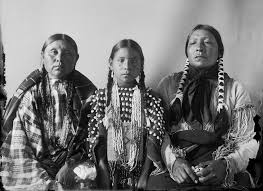 By the start of the 16th century, the Cheyenne tribe were living off near the Great Lakes where they learned new living techniques coming from the White Men. This opened them to a new age of improved agriculture, medicine, and lifestyle, which further improved their standards of living. The arrival of the conquerors was thus not all negative if looked upon this perspective. They were then farming corn, squash, and beans. They were even harvesting wild rice just like the other Indian tribes of the north would do. This increased their population, which proved to be a big problem for the commercial and industrial companies in the US.

By the start of the 18th century, the Cheyenne tribe began hunting bisons in the Great Plains to supply their personal and tribal needs. During the 19th century, they were then forced by the US government to leave their ancestral lands and instead live inside Indian reservations. This provoked the elders as well as the new generation of American Indians, specifically the Cheyenne Indians to grow hatred to the White Americans.