These are some of the important events in American history during the decade starting 1970.

Politically, the United States went through several changes during the 1970s. There were liberal Democratic administrations for most of the 1960s. Then a conservative Republican, Richard Nixon, was elected. During his second term, President Nixon was forced to resign because of the Watergate case. 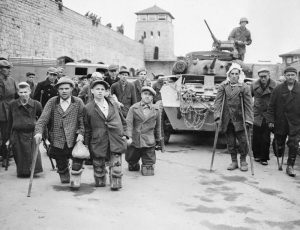 As the 1970s moved toward the 1980s, Americans became tired of the social struggle. They became tired of losing money. They had been working together for common interests. Now, many wanted to spend more time on their own personal interests.

The country celebrated the first “Earth Day” on April 22, 1970, and while the environmental movement was successful in raising awareness about the need to protect the environment, it did not win all of its political battles. Activists triumphed, for instance, when plans for SST (Supersonic Transport) planes were scrapped because of noise pollution and danger to the ozone level. However, they were unable to prevent construction from starting on the Trans-Alaska Pipeline in 1973.

Within the realm of science and energy, the defining events of the 1970s were oil shortages: first in 1973, then again in 1977. Waiting in long lines for short supplies, many Americans realized for the first time how central a role energy plays in the good life and how vulnerable some forms of energy are to political vagaries. Thus began, after the Mideast oil embargo of 1973-74, a rush to diversify America’s energy base and to reduce U.S. dependence on imported oil.

Although it was the 1960s that brought radical changes to the nation, it was the 1970s–the nuclear-bashing, tree-hugging, energy-starved ’70s–that transformed ORNL from an atomic laboratory into a complex R&D center, one embracing an array of interrelated energy, environmental, and scientific challenges.

Beginning in the 1970s, prenatal care and prenatal testing became more routine in the American health care system. Taking the test at home, noted a 1979 article in Family Planning Perspectives, both protected the privacy of a woman who might not want her doctor to know she is sexually active and gave women a new opportunity to take an active role in their own health care.

Many of the books published in the 70’s revolved around a general theme of man’s alienation from his spiritual roots. John Updike portrayed characters trying to find meaning in a society spiritually empty and in a state of moral decay.

Joyce Carol Oates wrote about the search for spiritual meaning in the contemporary world, and Kurt Vonnegut explored the loneliness of contemporary society and the power-hungry materialism that pervaded it. One of the strongest literary voices to emerge from this decade was Toni Morrison, who examined the Black American experience as never before.