African Americans have served as underappreciated heroes in every war and countless ‘unofficial’ skirmishes and conflicts throughout the history of our nation — and even in colonial days. There has scarcely been a battle when America has not been served by the valor and sacrifice of what poets have called “the darker brother.”

Like the Kipling poems of England’s Victorian “empire” period, America also has a story of forgotten heroes, and a public that seems barely aware of the courage and honor of, in some cases, gallantry almost beyond words.

In 1946 Lucy Terry, an enslaved person in 1746, becomes the earliest known black American poet when she writes about the last American Indian attack on her village of Deerfield, Massachusetts. Her poem, Bar’s Fight, is not published until 1855.

He served as the head of the Congress of Racial Equality (CORE). He led several boycotts in the State of Texas, including one at Prarie View A&M in his efforts to end racial segregation. For his efforts, he was awarded the Congressional Medal of Honour.

It wasn’t just that Martin Luther King became the leader of the civil rights movement that made him so extraordinary-it was the way in which he led the movement. King advocated civil disobedience, the non-violent resistance against unjust laws: “Non-violence is a powerful and just weapon which cuts without wounding and ennobles the man who wields it.” 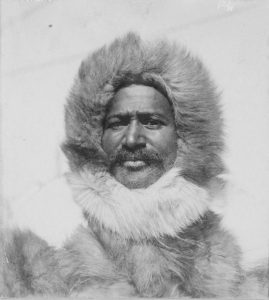 Matthew Henson was important because he showed members of the expedition team how to build igloos and other things they needed to know in order to survive the four hundred mile trip to the North Pole.

Charles White, Jr. was born on April 2, 1918, to Ethel Gary and Charles White Sr. on the South Side of Chicago. He discovered at an early age that he could draw. Often described as a Social Realist artist, White’s works are largely devoted to monumental prints and mural eloquently documenting the universality of humanity through the portrayal of Black America.