These are what I think were the 10 most important American history events: 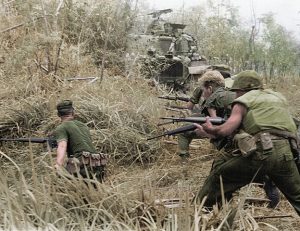 (1) The American Revolutionary War lasted from 1775-1783. This fight between Great Britain and its thirteen colonies was the result of years of growing conflict. After the French and Indian War that occurred between1754-1763, the British government began requiring the colonies to pay higher taxes. Over time, protests and conflict led to a tightening of control by the Mother Country.

(2) The world war was composed of the European, African, and Asian segments of the war. It ripped through every economic level, race, religion, and culture. Country after country fell into other hands. Men, women, and children were killed by the millions. Many lost their loved ones and had to seek new lands to call home as there was so much devastation. World War II also led to the creation of the United Nations, a homeland for the Jews, and the beginning of the Cold War.

(3) The American Civil War was one of the earliest true industrial wars. Railroads, the telegraph, steamships, and mass-produced weapons were employed extensively. The practices of total war, developed by Sherman in Georgia, and of trench warfare around Petersburg foreshadowed World War I in Europe. It remains the deadliest war in American history, resulting in the deaths of 620,000 soldiers and an undetermined number of civilian casualties.

(4) Vietnam war– The U.S. government viewed involvement in the war as a way to prevent a communist takeover of South Vietnam as part of their wider strategy of containment. The North Vietnamese government viewed the war as a colonial war, fought initially against France, backed by the U.S., and later against South Vietnam, which is regarded as a U.S. puppet state. U.S. military advisors arrived beginning in 1950.

(5) When Apollo 11, the first manned lunar mission, made contact with the surface of the moon, there was “The Eagle has landed.” When Neil Armstrong became the first man to set foot on the moon, he said, “That’s one small step for a man, one giant leap for mankind.” But the quotations didn’t end there.

(6) Declaration of Independence 1776 Arriving at a consensus was no small feat. At the beginning of the month, only eight of the thirteen colonies were in favor of independence, with New York abstaining from the vote pending a local decision. The American Prohibitory Act had made all vessels and cargoes from the colonies forfeit to the Crown, and in May King George had issued an order hiring German mercenaries to fight the colonies, which he now considered to be in total rebellion.

(7) Martin Luther king’s assassination took place when he was standing on the balcony of his room at the Lorraine Motel in Memphis, TN, now lay sprawled on the balcony’s floor. In outrage of the murder, many blacks took to the streets across the country in a massive wave of riots. The FBI investigated the crime, but many believed them partially or fully responsible for the assassination.

(8) In 1789 the first President of the US, George Washington, was elected. The assassination of ex-president Kennedy in 1963 is another important event in America’s history. World War 1 was fought between 1914 and 1918, though the United States did not enter the war until 1917. The causes of World War 1 are complicated and based on years of entangling alliances and competition between nations.

(9) Women’s suffrage 1920 the right of women to vote was achieved through decades of devoted work by determined men and women. In 1840, Elizabeth Cady Stanton and Lucretia Mott traveled to London as delegates to the World Anti-Slavery Convention. Because they were women, they were denied the right to speak. They determined to form an organization to fight for women’s equal rights.

(10) Barack Obama elected President 2008 It was a symbolic moment in the history of the United States when the last racial barrier in American politics was overcome. Just 143 years earlier, the man who would now hold the supreme office in U.S. government could have been a possession, another man’s property.